Enel Green Power (EPG) has entered into Peru’s marketplace, with the recent announcement of 3 new projects — one solar energy, one wind energy, and one hydroelectric. The 3 projects are all currently expected to enter service before 2018. The contracts relate to 180 megawatts (MW) of new solar photovoltaic (PV) project capacity, 126 MW of new wind energy capacity, and 20 MW of new hydroelectric capacity — for a total of 326 MW of new renewables capacity.

The Italian company was granted 20-year contracts for the 3 projects, all of which “provide for the sale of specified volumes of energy generated by the plants.” The projects won the contracts via a recent renewable energy tender launched by the energy regulator Osinergmin.

“With 326 MW awarded in the tender, EGP will become by 2018 the main renewable player in Peru and the only company operating plants of 3 different renewable technologies in the country.” 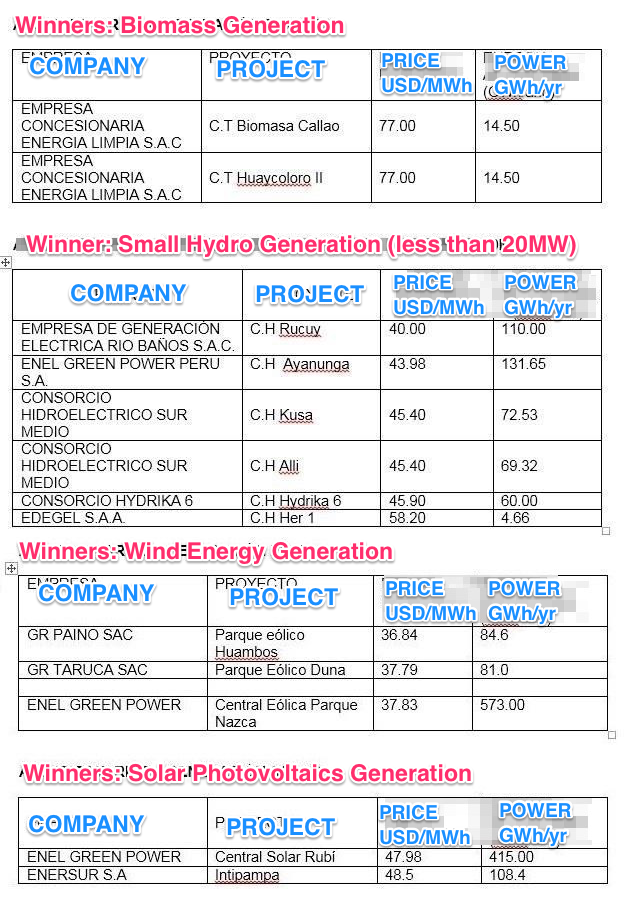 While it is true that these future installations of Enel Green employed by the State and will be used in the national grid, a significant part of these MWh will be consumed by the incipient mining copper cluster to the south.